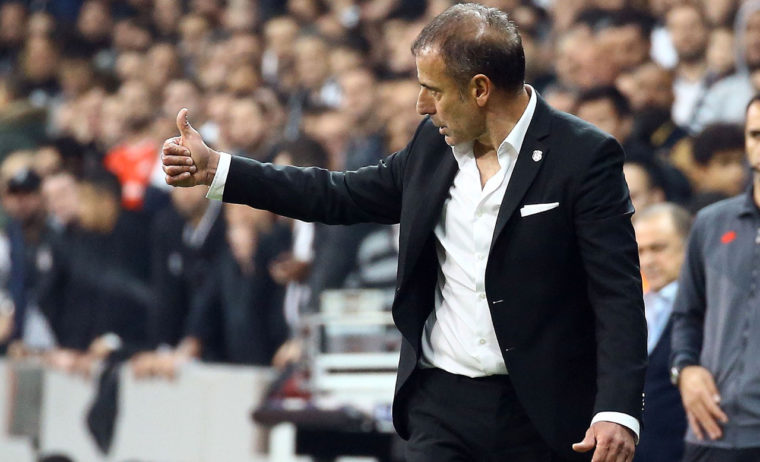 Beşiktaş manager Abdullah Avcı has set out his “destruction” plan for the upcoming derby against Fenerbahçe.

Beşiktaş manager has set out the tactical plan ahead of the derby on Sunday, and the team has been training hard to execute it properly. Here are the four important points of the special tactic which the Black Eagles will adopt during the tough fixture:

A game of long passes

Aiming to lay out a special tactic to disrupt the opposition, Abdullah Avcı is expected to revert from his usual approach on the passing tempo and style of the team. Short passing game will de abandoned and it is expected that Avcı will instead opt for a long passing approach to exploit Fenerbahçe’s weakness in transition, hoping to take advantage on the break. Expect to see a lot of direct passes by Beşiktaş.

Defence is the main emphasis

Beşiktaş will maintain their usual double pivot in Hutchinson and Elneny, hoping the duo would be the key players executing special tasks during the game. Both midfielders are expected to come deep and assist in the build-up play, depending on the situation. The duo is expected to be supported by full backs in case they struggle.

Adem Ljajic is expected to play an important role during possession play with the Serbian midfielder becoming the conductor of play. Besiktas players will be looking to get him the ball and Ljajic will be shaping the attack. Avcı especially wants Ljajic to be successful with his decisions, ensuring an efficient offensive gameplay. The attacking midfielder is asked to assist Burak Yılmaz in the box, as the Turkish striker is clinical in the final third.

The Black Eagles are also aiming to shut down Fenerbahçe in midfield, believing that this will be the key to victory. Avcı wants to ensure that Besiktas would be able to cover a lot of ground on the pitch, preventing the Yellow Canaries the chance of building up play in an easy fashion. The Turkish manager believes that if Besiktas can maintain the superiority during play, they shall get the result. The three players; Emre Belözoğlu, Max Kruse and Vedat Muriqi will be marked tightly to ensure this.

Wit these three players shut down, Avcı believes that it will be impossible for Fenerbahçe to function and maintain efficient gameplay.