Key matchups of the derby 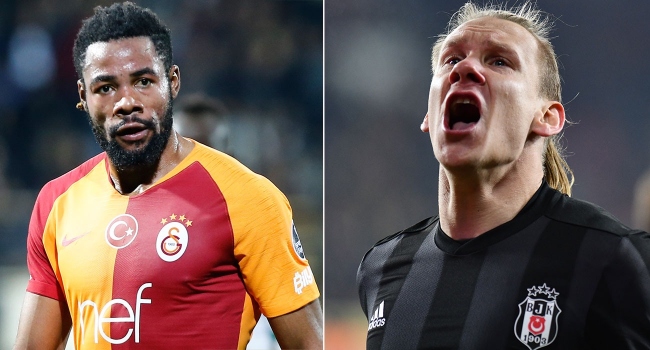 Beşiktaş take on Galatarasay on matchday 9 at Vodafone Park at 17.00 CET. Neither sides managed to get what they wanted in Europe, therefore both of them want to grab a win to stay closer to the top. Both teams have important players whose statistics stood out:

Muslera has made more saves

When compared, Loris Karius has conceded 9 goals in 7 Super Lig games while Fernando Muslera has conceded 8 in 8 games in the league. Both keepers have kept 3 clean sheets, Karius has prevented the opposition from breaching his net at a rate of just 2,6 per game. Muslera beats the German with 3,3.

Luyindama is better at dealing with aerial balls

Beşiktaş’s and Galatasaray’s most trusted players in defense are Domagoj Vida and Christian Luyindama, respectively. Galatarasay’s Luyindama surpasses Vida’s stats. Luyindama averaged one successful tackle per game while Beşiktaş’s Croatian defender was at 0,6. When it comes to clearances on defense; Vida is at 1,9 and Luyindama at 3,9. The DR Congolese player has also been more successful aerially than Vida. Luyindama has come first in the league in terms of most aerial duels won per game with 4,7 whereas Vida has a managed to get a 2,0.

Atiba Hutchinson is considered as one of the most important players who will be fielded in the derby by Abdullah Avcı. The player missed the UEFA Europa League game against Braga on Thursday. Galatasaray manager Fatih Terim trusts Nzonzi the most in midfield since Lemina is injured and Seri has been below expectations. Atiba and Nzonsi’s stats are as follows: Atiba has better interception stats (1,2) than Nzonzi (1,1) per game. However, Atiba has completed 58.2 short passes per game whilst Nzonzi has completed 66.1 per game for his team. Nzonzi is ranked second and Atiba is ranked fifth in the league for short passes. Additionally, Beşiktaş’s Canadian midfielder Atiba has managed to get a higher pass success rate of 91,3% when the French player Nzonzi has a success rate of 89,6%.

Ljajic is ahead in key passes

All eyes on the strikers

Both managers will make the necessary changes before the crucial game. Avcı is expected to give 20-year old Güven Yalçın a chance due to Yılmaz’s injury; Terim will play 26-year old Florin Andone instead of Radamel Falcao. Güven and Andone have similar stats. Yalçın has scored 2 goals in 6 games, Andone has managed to get 2 goals in 3 games. On the other hand, Güven Yalçın has had an average of 2,5 shots per game while the Romanian is at 2,0. Lastly, Güven Yalçın has completed 1,3 take-ons per game, Andone has made one successful take-ons per game at Galatasaray.